HOW TO FIX DISABLED AUDIO SOUND ON OS X 10.10 YOSEMITE. 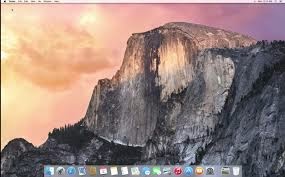 As we know recently Apple formally released OS X Yosemite, its newest operating system for Mac computers. For most Mac users, the operating system has been much anticipated since it was first unveiled at the company’s annual developers conference in June 2014. The Yosemite OS is free, and is downloadable through the Mac App Store.

Apple says that Mac computers from as far back mid 2007 will support OS X Yosemite, but as we have seen with any other new software releases, sometimes updating your old Mac to a newer software usually does not work out perfectly. One of the problem I encountered after upgrading my Macbook Pro to OS X Yosemite is that the volume icon at the top righthand task bar is greyed out and the audio sound does not work. Well if you ever encountered such similar problem, don't worry! Just follow the following steps carefully and it will fix the audio sound problem on your Mac without any hassle.

Before you start, open finder and on the empty search tab type Audio MIDI Setup, then select search:This Mac. Audio MIDI Setup icon will appear. Double click it and Audio Devices popup window will appear. Select Built-in Output and on the Format dropdown box click and select 48000.0 Hz instead of 44100.0 Hz. Once you have changed the Source format to 48000.0 Hz you will notice that the volume control icon at the top righthand task bar will be highlighted. Now just close the Audio Devices popup window and you are done.

Hope you find this article useful to you.

Posted by Joeinsyd at 04:15 No comments: